JMS saves 75% of time when quoting at M B Joinery 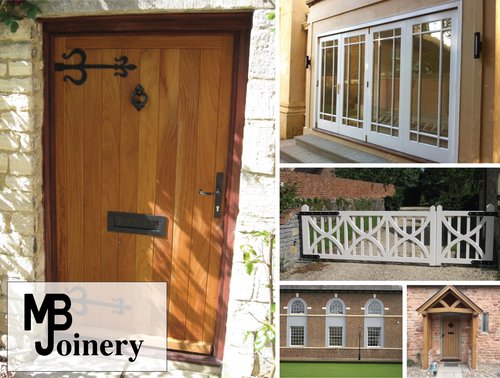 As a small joinery manufacturer, Martin Birt of MB Joinery, found the initial outlay to purchase quoting and production software hard to justify. One year, after he took the plunge and purchased Joinerysoft’s Joinery Management Software (JMS), he’s found that the business is busier than ever, with time savings and professional quotes by JMS helping him win more work and enabling him to spend more time in the workshop and less in the office.

Martin Birt started in joinery 42 years ago as an apprentice joiner in his Uncle’s business. He has joinery in his blood with 2 uncles and a grandfather in the trade. In 2007, he set up his own joinery company, M B Joinery, based in Gloucester, employs three persons and specialises in quality timber joinery, mostly for country cottages, grade 1 or 2 listed buildings or anything bespoke. Their work covers roof lanterns to skirting and everything in between, such as doors, windows, sliding sash, conservatories, and staircases, traditional or winder.

Joinerysoft started talking to Martin several years ago and though he knew he wanted it, as a small company the cost was an issue. After he had a demo last year, Martin decided to buy, helped by being able to pay in instalments and a healthy order book for the next 3 months. He says, “I took a gamble as you never know what the future holds, however I have been even busier since I purchased JMS.”

Martin says, “JMS saves 75% of my time when quoting. When I spend twenty hours per week quoting this has given me a huge amount of time to get back into the workshop more, where I’m far happier making things than sat on a computer pricing!” Whereas in the past Martin might have taken a day and a half to work out prices for a job, he says he can now sit at a computer for twenty mins and email something straight back to the customer.

The speed of quoting has won work, according to Martin. He says, “When customers come to me with a rush job, I’m able to get the price back to them within a couple of hours and they are able to give the go-ahead immediately. That wouldn’t happen without JMS and it makes me look professional.”

Martin admits that some quotes previously would get missed where he received an enquiry and when busy, would forget to quote it. He says, “JMS makes it easy to set up a customer and create a quote, so within 5 mins I can put the basic details about a job into the system, and come back to finish it off later. Once it’s in the system I’m not likely to forget and enquiries don’t get missed now.”

The power of JMS can be demonstrated by how easy it is for Martin to order timber. He says, “I’m about to start four jobs and have been able to print out a wood summary from JMS with the volume of timber I need, automatically calculated. It’s as simple as that and makes life easier.” This means that Martin’s oak supplier is also able to pre-cut timber for large jobs to the correct size before delivery. JMS supplier orders have also enabled him to pre-order sliding sash spiral balances before the job even starts. He says, “This has speeded up work, made ordering quicker and the accurate cutting lists mean there is no more ‘shooting in’ to be done. With the gap sizes set up correctly in JMS, everything drops in perfectly.” Previously Martin would have to calculate timber orders and cutting lists manually.

Not overly familiar with computers, Martin was initially concerned that there was too much too learn, but he’s full of praise for Joinerysoft training team who helped him get started. He says, “It’s not hard to learn the basics of it, but the beauty of it is that I’ve got access to support on the other end of the phone.” About the support team he says, “The level of support is good. I never feel that I can’t phone up. They never make me feel like I’m a pain in the a…”

Martin confirms, “JMS has contributed to the business growing. Certainly, we are busier than 12-18 months ago.” He also believes that JMS has had a good influence on the finances of the business, with profit margins increasing. He adds, “JMS has given me a competitive edge in presentation and speed of response. It makes my life easier and time savings mean that I can spend more time in the workshop, which I prefer!” 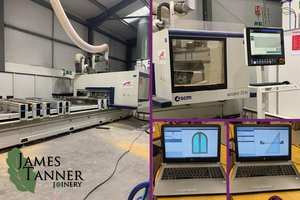 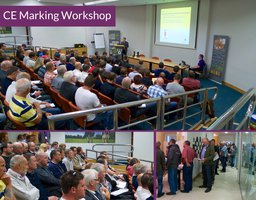 Over 150 attendees from throughout the UK joined Joinerysoft to learn about their complete solution for CE marking. Joinery manufacturers travelled f… 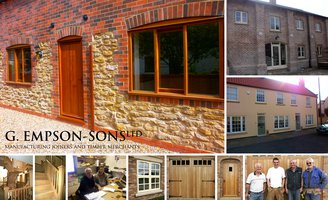 No Ifs and Buts