The ‘Untold’ Benefits of Joinerysoft’s Software

Since purchasing Joinerysoft’s Joinery Management Software in January this year, joiner Andrew Miller has found unexpected benefits to his business which he wished he had known about sooner. Looking at purchasing the software initially during the middle of the recession Andrew now suggests, “Had we bought the software earlier we would have had more retained profit and would have been in a different situation during the recession!” 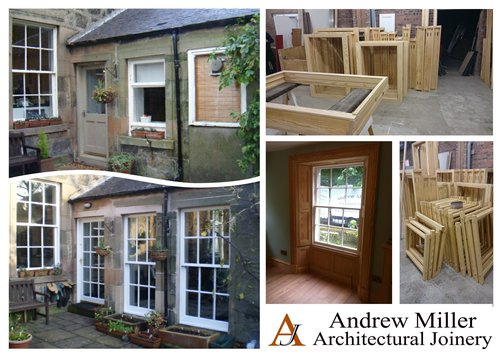 Based in Stirling, Andrew Miller Architectural Joinery has been manufacturing custom built joinery since 2000, providing joinery for both public and private customers. The majority of work is sash and casement windows or reproductions of existing joinery but they offer a bespoke service including traditional doors, screens, and even architrave and skirting. The business has grown through personal referrals, aided by its attention to detail and expertise in matching existing joinery in renovation work. There are 10 full time employees, with 6 joiners and 2 apprentices.

Moving to larger premises recently highlighted areas within the business where delays were occurring. One of these was quoting, which was time consuming and at risk of human error. Quotes could be lost or go cold while prospective customers were waiting for a response. Knowing this was unacceptable Andrew investigated software but could only find one UK supplier which offered local support and a firm knowledge and understanding of the UK joinery business. Andrew says, “I thought JMS was a good idea, but until I saw the benefits translated into my joinery business, I never understood just how great an idea it is!”

One of the unexpected spin off benefits from introducing the software is the increased visibility of costs and therefore the profitability of jobs. Andrew says, “Now I’ve loaded all my costs into the software I can clearly see if I’m making money on a job. This visibility has enabled me to go ahead and invest in a spray shop, which I’ve been meaning to do for years, simply on the back of being able to see the profitability of jobs including factory finishing.” He explains this makes everything sharper and adds, “This is one of the biggest benefits not in Joinerysoft’s sales literature. I am now in full control of my business. I have predictable results which are repeatable.”

Another major benefit, also unexpected from the software, is that Andrew has been able to analyse production costs and as a result has introduced new tooling to streamline production, reduce machining times and improve productivity.

Customer service has been improved with professional quotes being emailed back to the customer the same day. Andrew suggests, “JMS levels the playing field; if you want to compete against larger companies you need it.” He describes it as a ‘selling point’ that his invoices now state they are able to CE mark their windows and doors. He is also able to take more interest in other areas of the business now. “The software is all set up and so easy for others to use. I feel confident that the calculations will be right. 100% of quotes now go out on time,” he adds, “I have a better success rate due to improved service and speed.”

Aside from the benefits of quoting, Andrew has also more time to develop the business and focus on the financial information that is being gleaned from JMS. He says, “I have confidence in the accuracy of JMS. Knowing how much profit I’m going to make on the jobs I’ve priced through JMS allows me to plan improvements and investment with a greater degree of certainty.” He adds, “Leaving out the obvious benefits of more professional quotes, and improved conversion rate, I can see the software paying for itself just in the savings we make, by not making mistakes. With accurate pricing, accurate material ordering and reduction in errors or omissions in quotes I expect the software will have paid for itself within a year.” Stating, “It’s a lot of money, but it’s a hell of a tool!”

Andrew concludes, “I knew Joinerysoft would provide professional estimates, speed up the quoting process and provide accurate cutting lists for the workshop. What I didn’t realise was how much it allows me to analyse other aspects of my business.” 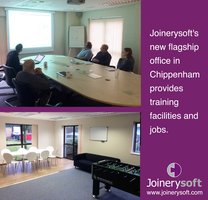 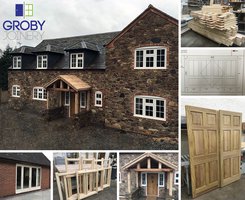 Tom Renshaw, owner of Groby Joinery has been involved in joinery since 1992. Starting initially as a furniture designer and manufacturer he says it w… 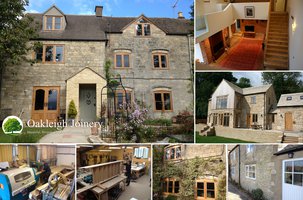 JMS leads to 20% increase in sales